Protect Your Property with Electric Fences

Everyone wants to the sense that their property is kept under lock and key. Even if you live in a nice, safe suburb, you’d probably appreciate knowing that your property wasn’t going anywhere when you lie down at night. 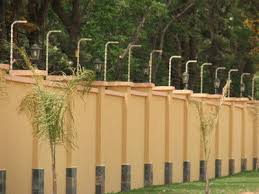 However, this is especially true for those of us who live in rural areas and keep large animals. We need those animals in order to pay our mortgages and feed our families. Unfortunately, there are plenty of other animals, namely coyotes and wolves, that would love to take them off our hands while we sleep.

Of course, sometimes, it’s the livestock that pose the real problem. They get through weak fences, wander off and eventually end up dead or at least costing their owners in property damages.

Either way, an electric fence will end this problem. With a fence installed and an electric fence tester, you can rest assured that your animals will be staying put. The shock isn’t enough to seriously hurt them, but it will be uncomfortable to the point that they don’t risk the shock twice.

At the same time, the jolt won’t kill a wolf, but they’ll never want to deal with it again. Over time, both parties will leave the fence alone for fear of getting the shock again.

Tip of the day

Depending on the types of fence that you wish to use for your home, one must remember that each of these fences have unique issues with particular colors. So, one must watch out for this factor before making any choices.